The first session – which was allocated for each of the 18 teams' Bronze level drivers and would determine the grid for the opening Qualification Race – turned into a duel in the desert between Team Belgium and Team UK.

Christopher Buncombe looked to have the upper hand in the UK’s Ferrari 488 GT3 when he clocked the fastest time in the final ten minutes. The Briton then seemed set to go even quicker on his next tour of the 5.41km Grand Prix circuit, before he unfortunately ran wide through the final turn and was unable to improve.

Mike den Tandt eyed his opportunity in the striking yellow Audi R8 LMS and the Belgian didn’t disappoint as he blasted across the start/finish line to claim pole position with a 2:01.397s lap time.

If that was impressive then even better was to follow for Team Belgium when 17-year-old Charles Weerts – making his competitive GT debut – dominated proceedings in the second session, meaning both he and team-mate den Tandt each picked up a Pirelli pole position trophy. The undoubted talent is already a multiple race winner in Formula 4 and is the reigning UAE F4 Champion, but his eye-catching display in GT3 was still mightily impressive. 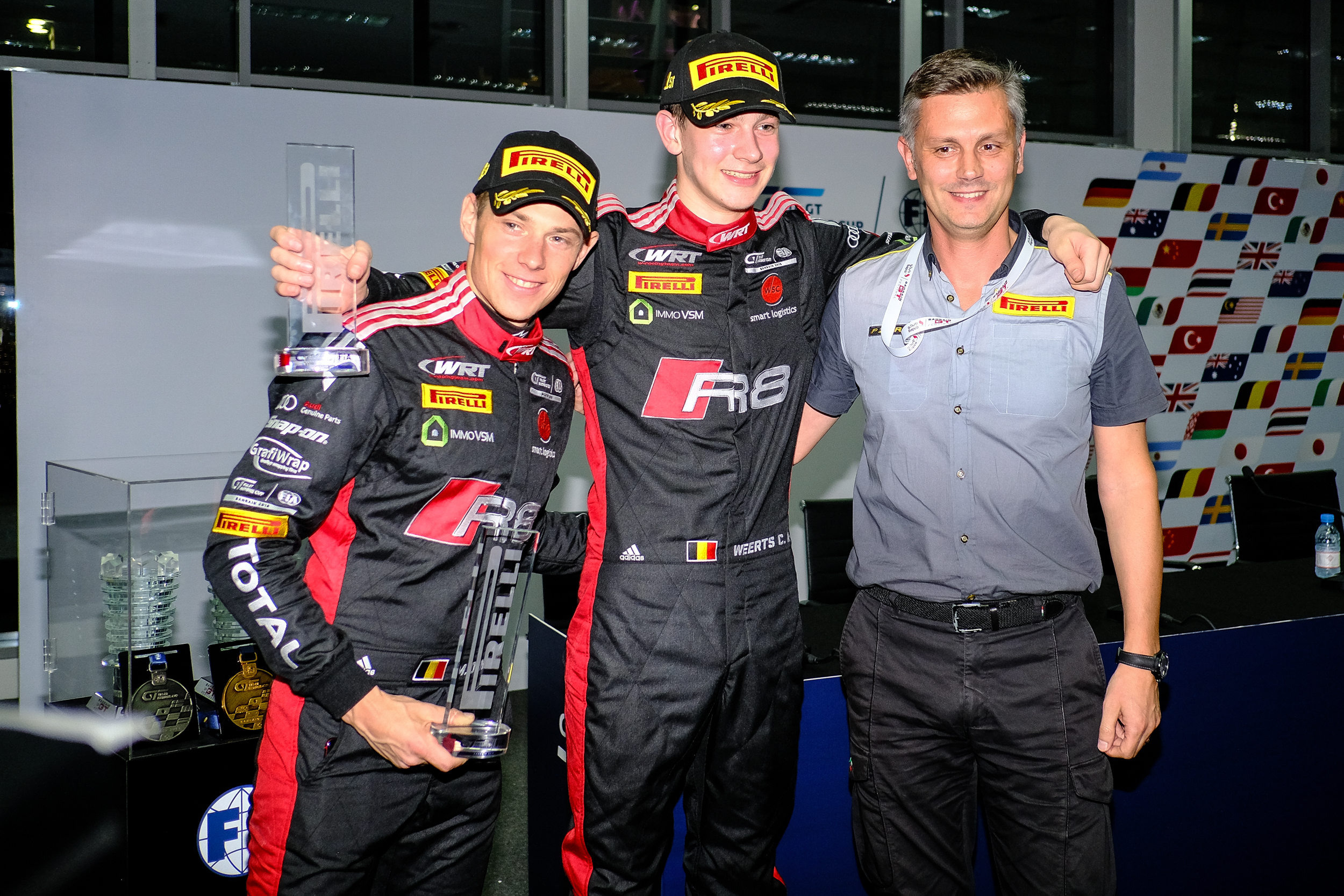 A stellar 2:00.136s effort was too good for any of the other Silver level drivers to compete with, as Belgium topped the 18-car field for the second successive session.

Team UK backed up its Q1 effort with a top six run in the second segment, but it was Team Denmark that finished second behind the pace-setting Belgians.

Team Turkey is arguably best placed to challenge for overall honours as the squad finished fourth and third in each session respectively – representing the most consistent challenge from the chasing pack.

With two Qualification Races set to determine the grid for tomorrow evening’s final, however, there is still a huge amount to play for before the gold, silver and bronze FIA GT Nations Cup medals will be awarded.

The relentless action continues at BIC with the first Qualification Race taking place in a little less than an hour (19:30 local time – CET +2) and you can watch the action LIVE here.