Team Latvia beat off the stiff competition of Team Kuwait in a phenomenal Drifiting Final at the FIA Motorsport Games, with Team Poland rounding out the medals.

Saturday’s action started with four of the 30 nations given a free pass into the following round of tandem battles after their performances from Friday’s Qualifying runs, including top scorers Team Poland, Team UK, Team Kuwait and Team Lithuania. Others paired off against one another to impress the judges, with several close contests across the board.

Among the biggest names to fall by the wayside in the early runs included the winner from the first edition on the FIA Motorsport Games. Team Ukraine’s Dmytro Illiuk was penalised for a discretion on one of his tandem runs, giving the ultimate advantage and a spot in the last 16 to Team Norway and the BMW of Odd-Helge Helstad. Hong Kong’s chances ended too at the hands of Team Netherlands (Rick van Goethem), despite the best attempts of former FIA WTCR driver Charles NG.

Other nations making it into the last 16 included Finland, Greece, France, Estonia, Latvia, Switzerland, Georgia, Romania, Czech Republic and Denmark ahead of the final eight, where the competitive edge kicked up an extra gear.

Team Estonia’s Kevin Pesur had to face up against Team UK’s Martin Richards after the pair could not be separated on their first runs together, and the BMW M2 driver made use of his second chance to book a place in the Quarter-Finals after a fighting and close-quarters affair, then beating another similar BMW M2 of Team Czech Republic to make it the Semi-Finals.

They would go up against Team Kuwait who continued to impress with the popular Ali Makhseed in his Nissan S13.5, albeit the latter surviving after an altercation with a cone marker on his successful run against Team Netherlands before eliminating Team Greece to make it to the final four.

Both Estonia and Kuwait then put on a thrilling show of entertainment in their tandems with the latter making it to the Final, where they would face the surprise package of Team Latvia and their stylish contingent, Kristaps Blušs, in his mean BMW E92 Eurofighter.

Blušs had already beaten Team Norway and then taken the biggest scalp of the event when he knocked out Friday’s dominant Team Poland in the Semi-Final, after a tight contest between the two which left Jakub Przygoński instead having to run for the bronze medal against Estonia, which the Team Poland star duly came out on top in in the Small Final for the last medal in his Toyota GR86.

It left Kuwait and Latvia in the Big Final, and after two impressive runs apiece the judges could only opt to send the pair out one more time to decide a winner. The latter’s BMW glued itself towards the door of its opponent in the maiden run, and Blušs impressed the judges enough on scores of Line, Angle and Style with a sterling lead effort to seal the gold medal for Team Latvia, Kuwait joining them on the podium for a well-deserved silver with Poland taking Bronze. 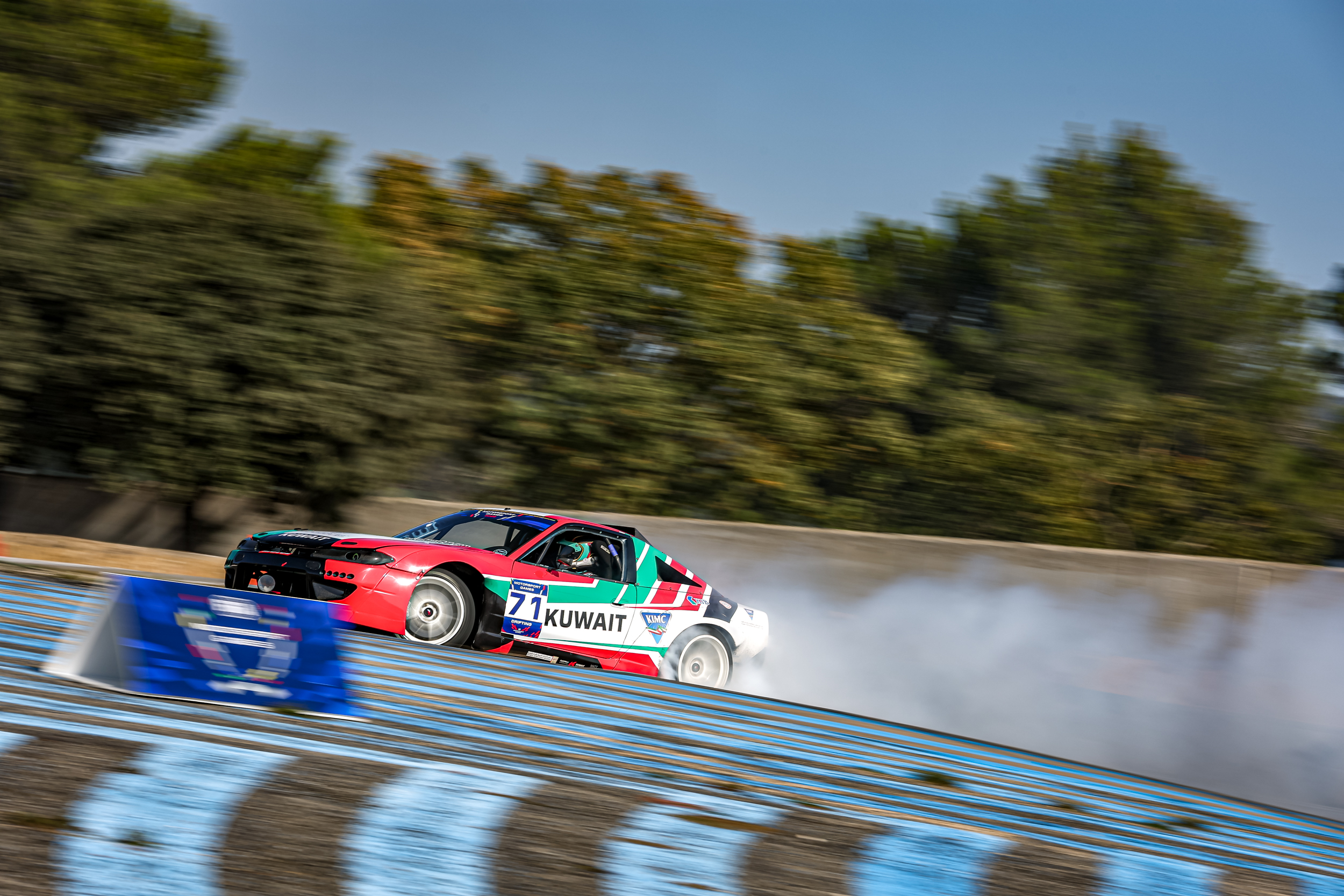