The FIA has confirmed the first batch of entries for the new Digital Cup, part of the inaugural FIA Motorsport Games held at Vallelunga from 1-3 November this year.

The inclusion of digital motorsport on the bill of this ground-breaking multidisciplinary event means that virtual racers for the first time will compete on equal terms to real-life racing drivers, all fighting for medals contributing to an overall medal table.

This has met with significant interest the world over, with 16 different countries from three different continents confirming their participation.

The list of initially received entries is comprised of some of the biggest names in world of racing simulation, including several competitors from FIA-certified Gran Turismo Championships, the first ever digital motorsport tournament sanctioned by the FIA.

The entry is headlined by Nations Cup winner at the recently held Gran Turismo World Tour event at Hangrar-7 in Salzburg, Mikail Hizal. The German’s biggest successes to date include a victory in last year’s European Finals in Madrid followed by a second-place finish in the World Finals in Monaco the same year.

Fellow GT World Tour regular Cody Nikola Latkovski will challenge for medals, sporting the colours of Australia. Latkovski enjoyed much success in this year’s edition of the tournament, scoring back-to-back victories in the Manufacturer Series in New York City and Salzburg as well as being a podium-finisher in the Nations Cup.

Latkovski’s father Valentin will also take part in the FIA Motorsport Games, representing Macedonia. The 55-year-old Doctor of Veterinary Medicine has been promoting and organising digital motorsport tournaments both in Macedonia and Australia and has wealth of experience to lean on.

Winner of this year’s eROC competition (part of the annual Race of Champions event), including both simulator and real-life competition, James Baldwin should also be a formidable competitor, representing the United Kingdom.

Hong Kongese digital racer Law Yat Lam will be another participant from the world of GT World Tour. His best results to date include seventh place overall in 2018 Nations Cup Asia-Oceania Final held in Tokyo and a sixth place in the Nations Cup in Salzburg the same year.

Representing Chinese Taipei, 18-year-old Chou Yi-Teng started in sim racing at the age of five and enjoyed much success on his domestic sim racing scene. This year, he’s in his first season of FIA-sanctioned digital motorsport competition and is currently ranked 12th in the Asian region. He will also participate in the GT Sport World Final at the end of November this year.

Denmark’s entrant Ian Andersen, who swapped go karts for virtual race tracks, is active in both the Nations Cup and the Manufacturer Series this season. Andersen is deaf and his exploits will be closely followed by the Danish Deaf Sports Federation.

Ireland will be represented by 36-year-old Keith Dempsey, who will rely on his real-life racing experience, having raced in Formula Ford and Formula Renault in the early 2000s. He has also been involved in sim racing since the days of Grand Prix 2, playing single-player mode on a keyboard.

Norway’s Tommy Østgaard stared in racing at an early age with radio-controlled cars. He then tried to forge a career in motor racing, competing with such cars as Formula BMW, Formula Renault and Renault Clio Cup. Second place in the 2017 iRacing Road Pro Series is among his career highlights. He’s also a Porsche Esports Supercup competitor.

Switzerland will be represented by Swiss Smiracing Series winner Fredy Eugster. Other countries to submit their applications include Georgia, Latvia, Lithuania, Poland, Russia and Thailand.

Several countries are in the process of formalising their entries, with further announcements expected in the days to come. 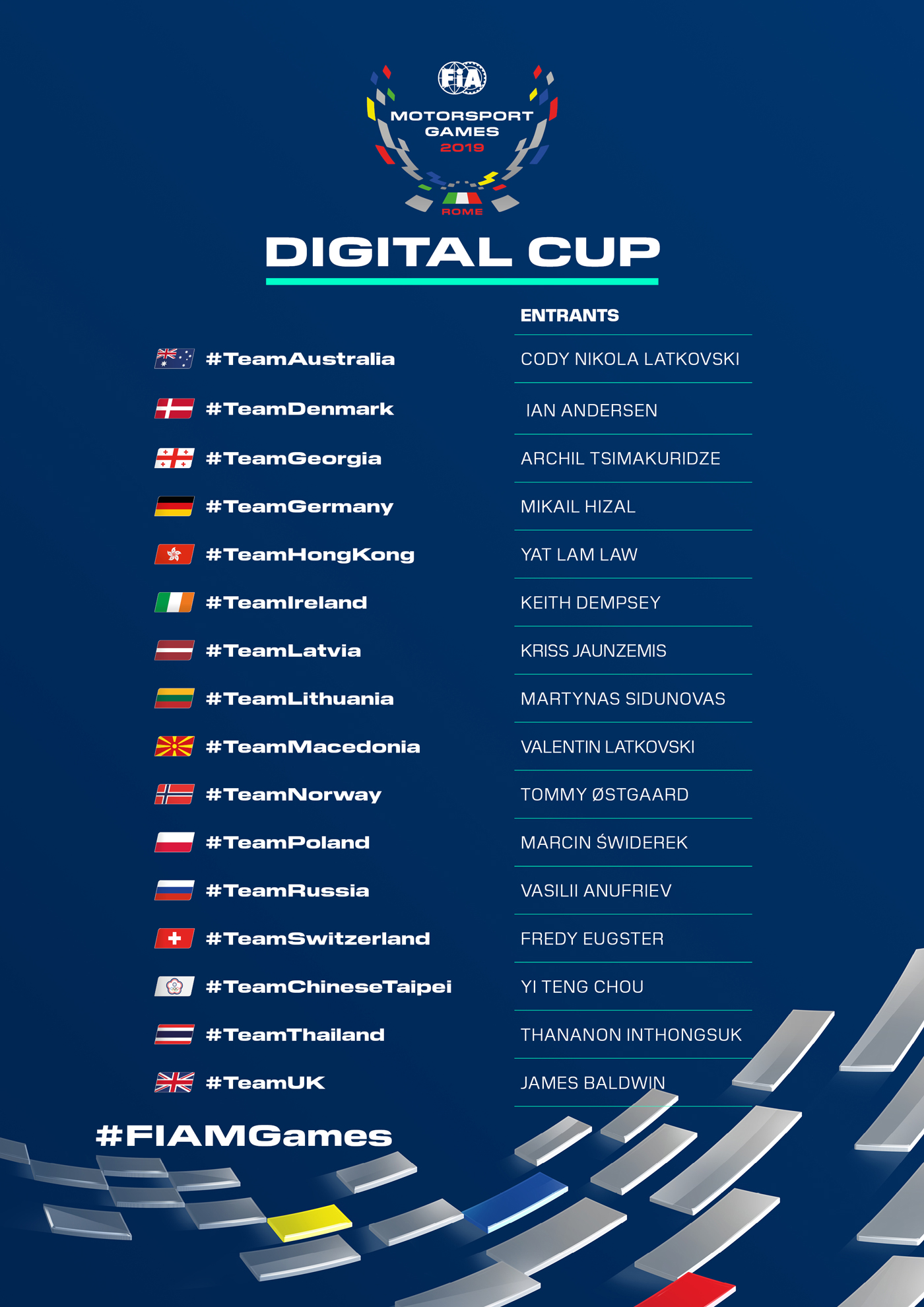