Over recent decades, Hungary has developed an impressive domestic and international motorsport platform. The nation has an FIA Grade 1 circuit, the Hungaroring, while numerous drivers competing in a variety of disciplines have made waves on the world stage.

Indeed, some of the country's leading racers will be among the international contingent that descends on Rome next month for the inaugural FIA Motorsport Games (1-3 November). Hungary has made a firm commitment to the event by entering five categories, with representation in the Touring Car Cup, Formula 4 Cup, Drifting Cup, Karting Slalom Cup and Digital Cup. Gyárfás Oláh, president of MNASZ, the Hungarian National Motor Sports Association, is enthusiastic about the programme.

“It is definitely a great opportunity for our country to participate in the FIA Motorsport Games," said Oláh. "Through the creation of this event, we have the chance to form our national team and to represent Hungary at an international level. This is a real milestone in the history of Hungarian motorsport.

“The Government supports this initiative and our drivers are ready to do their best in order to gain the best results possible," he continued. "In my opinion, it is truly important to represent our country as a real team regarding appearance as well, so we will have a uniform made especially for this occasion.

“The FIA Motorsport Games also serves as a huge motivation for the younger generation, since it is a great honour to be a part of the national team. We hope we will return from Italy with good results and even better memories.”

Hungary's representative in the Touring Car Cup will be Norbert Kiss, who will pilot an Alfa Romeo Giulietta TCR at the event. A two-time FIA European Truck Racing Championship (ETRC) title-winner, Kiss began his career in digital motorsport before moving into the one-make Suzuki Swift and Seat Leon series. He also has race-winning pedigree in the European Touring Car Cup and recently picked up a brace of victories in the ETRC season finale at Jamara.

"It is a great honour that I was chosen because there are a lot of good drivers in Hungary, so I would like to say thanks to the Hungarian Federation for trusting in my experience and abilities," commented Kiss. "I will do my best to bring good results. It is hard to talk about expectations because the field is strong, but for sure we will push hard and go for the gold medal."

In the F4 Cup, Hungary will rely on László Tóth. The teenager has already driven F4 machinery in a variety of series, including the German, Italian and Spanish championships. Prior to this Tóth competed extensively in karting, reaching the CIK-FIA European Championship before his switch to single-seaters.

"I find the FIA Motorsport Games to be a truly unique initiative," commented the young hopeful. "It is always a pleasure to race for my country at the international level.”

In the Drifting Cup, Zoltán Szántó will tackle the event for Hungary. His car – featuring its striking FIA Motorsports Game livery – is pictured above. In the Karting Slalom Cup, meanwhile, each nation will be represented by mixed female/male line-ups, with competitors aged between 14 and 16 using identical electric-powered karts. Team Hungary will rely on Dorka Kiss as its female representative, while Bálint Németh will be the male racer.

"In my opinion, everyone would be happy to represent their country," said Kiss. "As a young driver, it is especially an honour to be a part of the debut of an event like the FIA Motorsport Games. It is also a great opportunity to show the talent and skills we have and to see in which ways we can develop ourselves. I hope I can make the fans and the whole nation proud.”

"I was really happy to see that there was a possibility to represent Hungary at the FIA Motorsport Games, and I was thrilled when I found out that I would be part of the national team," added Németh. "It is truly an honour.”

Finally, Team Hungary will count on Benjámin Báder in the Digital Cup category.

"Hearing the national anthem at the top of the podium is one of the best feelings," said the digital racer. "My goal is to hear it as many times as possible in order to carry on the legacy of Hungarian motorsport.”

Full entry lists for each FIA Motorsport Games discipline are set to be revealed over the next week. Sporting Regulations are available at fia.com. 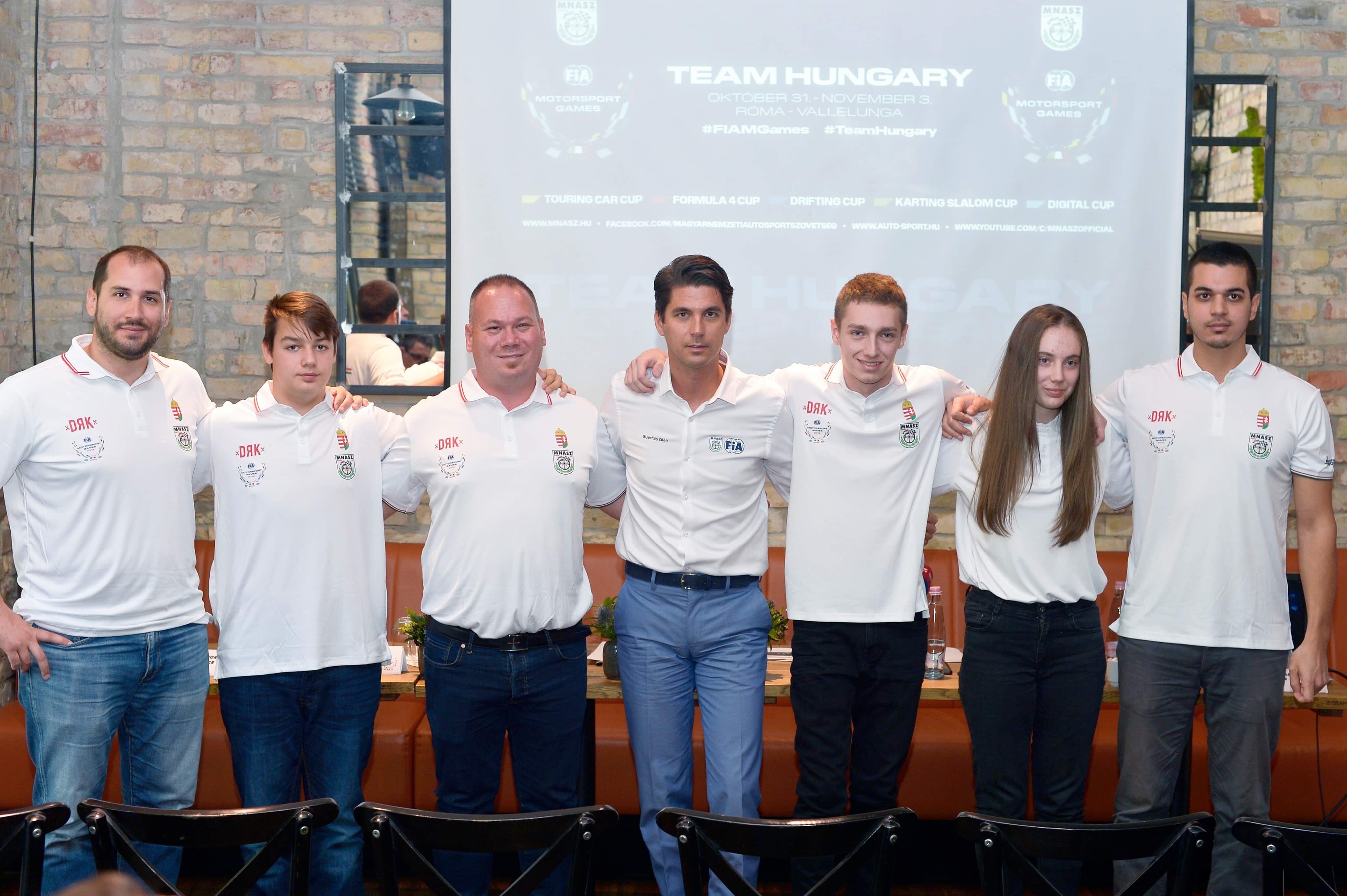